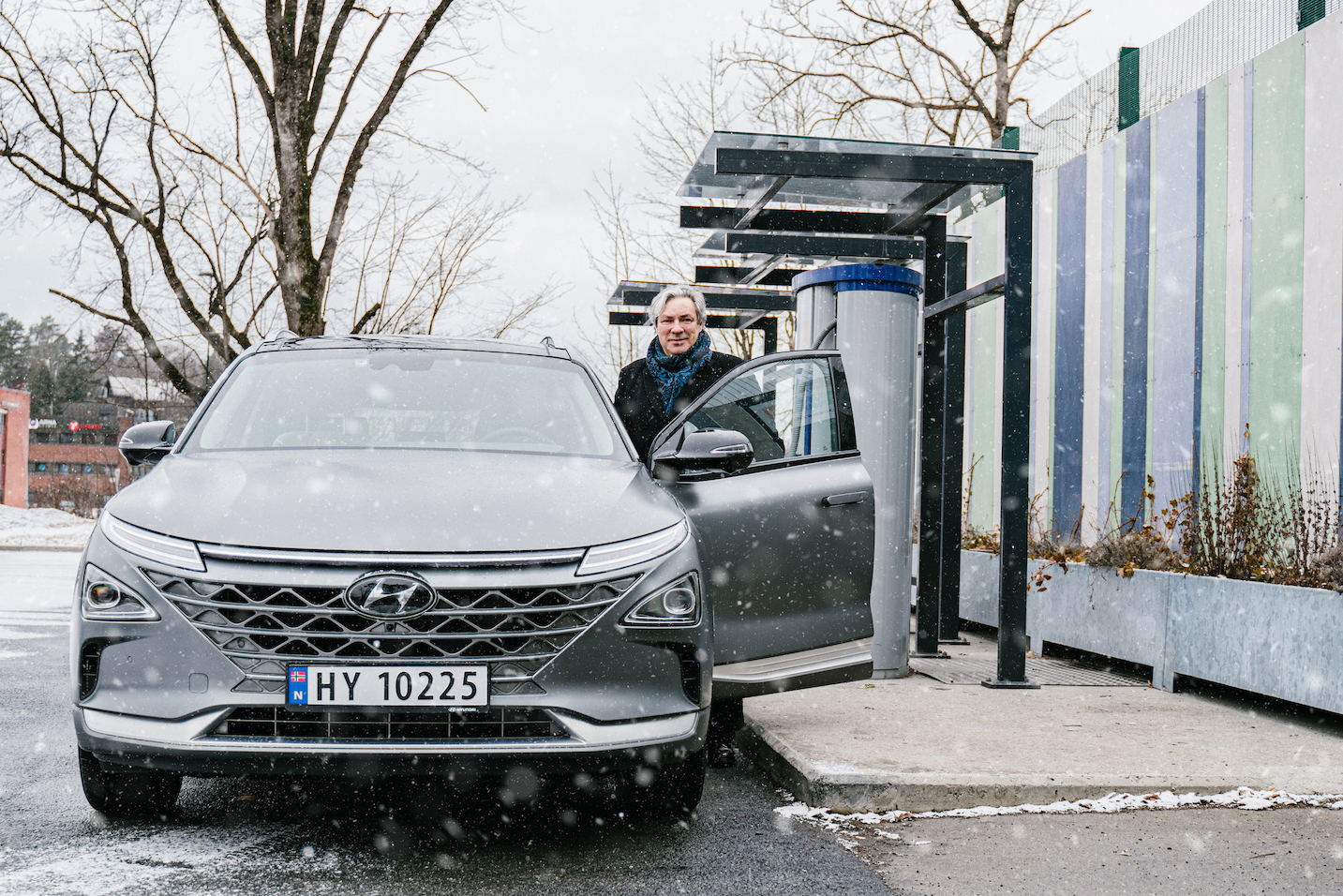 Hynion AS and HydrogenPro AS today signed agreements for collaboration on green hydrogen supply for Hynion´s hydrogen stations.

“With these agreements, Hynion will get access to cost-effective technology to produce green hydrogen,” says Ulf Hafseld, CEO of Hynion. “It will enable us to develop the supply side to meet the cost requirements expected in the years to come. With the latest improvements in electrode technology, Hynion believes that the cost of producing hydrogen will be substantially reduced with the latest HydrogenPro electrolysers. With further development towards larger plants that produces hydrogen cleanly and efficiently, it will be possible to meet the demand from heavier vehicles when they start rolling on the roads.”

Hynion is now expanding its hydrogen station network in Norway and Sweden, and water electrolysis will be a cost-effective production method. Producing at the station will reduce transport costs and, thereby, the cost of hydrogen. With larger production facilities coming in over the next years, hydrogen will also be competitive in more markets and can transported over longer distances.

Since 2007 Herøya has been Norway’s most important place for developing new solutions for hydrogen fuel technology. Addition of an electrolyser plant from HydrogenPro will be another element of development for the station. The station at Herøya is currently under maintenance and will open for customers before the summer.

Together with Industrial Green Tech, the parties will apply for Enova grants as part of a larger project in the Grenland area. Hynion will expand the capacity of its plant and further develop the station for truck refuelling and a filling line for transport containers that will bring hydrogen to other Hynion stations. The facility will function as a demonstration facility where both parties will showcase the technology and systems.

“We are delighted to initiate a collaboration with Hynion based on a relationship which dates back several years. There’s a clear mutual win situation to co-operate at Herøya and within the Industrial Green Tech cluster at Herøya Industripark. Our focus on large scale industrial applications remain unchanged, and we look forward to working with Hynion in its’ ambition to build a centralised system of hydrogen production for further distribution to its network of fueling stations,” says Mårten Lunde, CEO of HydrogenPro.

“In Hynion we believe that many of the vehicles of the future runs on emission free hydrogen,” says Ulf Hafseld. “We see this collaboration as an important contribution to Hynion`s ambition to build a high-capacity hydrogen station network delivering green hydrogen fuel.

Hynion builds and operates hydrogen stations in and around the largest cities in Scandinavia. The company builds on experiences from the last 20 years, including world-leading projects such as HyNor, CUTE, Utsira wind/hydrogen, CEP Berlin, SHHP, NewBusFuel and H2ME, to name a few. The company's management also has extensive experience in establishing and operating start-up companies and years of experience in the automotive industry.

The taxi industry and private drivers in Norway show increased interest in hydrogen cars. The...