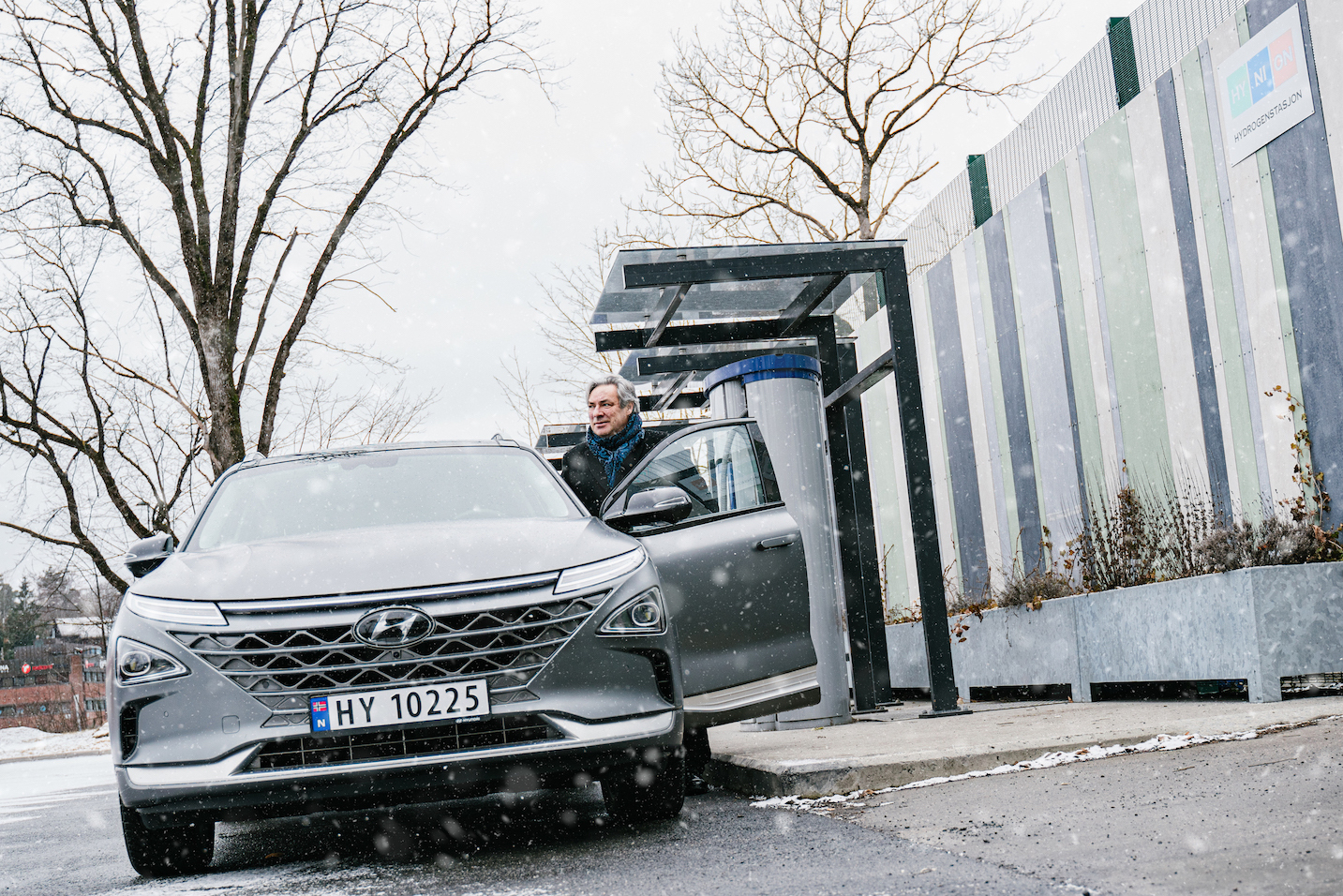 The hydrogen company Hynion buys hydrogen station from Ruter. The station, which has been part of Ruter's recently completed bus project, will be moved and rebuilt so that in the future, it can be used by private cars, taxis and trucks that run on hydrogen.

“If everything goes according to the plan, the new hydrogen station will be in operation already this autumn, in good time to receive the first hydrogen-powered trucks that are expected to be delivered to the players in the H2 Truck project,” says CEO Ulf Hafseld in Hynion.

At the same time, it will facilitate the transition to the use of hydrogen in taxi operations and ensure good refuelling opportunities for hydrogen cars.

The hydrogen station is currently located at Mastemyr in Oppegård, and Hynion is in dialogue with, among others, the City of Oslo about a suitable location in the Oslo area. The station includes a hydrogen production plant that will provide Hynion with cost-effective access to hydrogen.

“At the new station, we will produce hydrogen locally. Using electrolysis with water and electricity as the only inputs, we will have zero emissions throughout the process. We also want to ensure that the electricity we use has certificates of origin showing that it comes from renewable energy sources,” says Hafseld.

The first publicly available station for hydrogen trucks in Norway

At the end of March, the H2 Trucks project, with players such as Posten, Postnord, Schenker, and Coop, announced an ambition that a minimum of 100 hydrogen trucks will roll on Norwegian roads by 2025. Hynion's new station will be the first public station in Norway to be adapted for filling hydrogen trucks.

“We are very pleased that Hynion is taking over this hydrogen station so that the station can also in the future contribute to reducing emissions from the transport sector. That the station gets a new life is also good from a sustainability perspective,” says Trond Vestad, program manager for bus facilities in Ruter.

Hynion builds and operates hydrogen stations in and around the largest cities in Scandinavia. The company builds on experiences from the last 20 years, including world-leading projects such as HyNor, CUTE, Utsira wind/hydrogen, CEP Berlin, SHHP, NewBusFuel and H2ME, to name a few. The company's management also has extensive experience in establishing and operating start-up companies and years of experience in the automotive industry.
https://www.hynion.com/

Hynion AS and Hyrex AS plan a summer launch of the first floating hydrogen station for leisure...