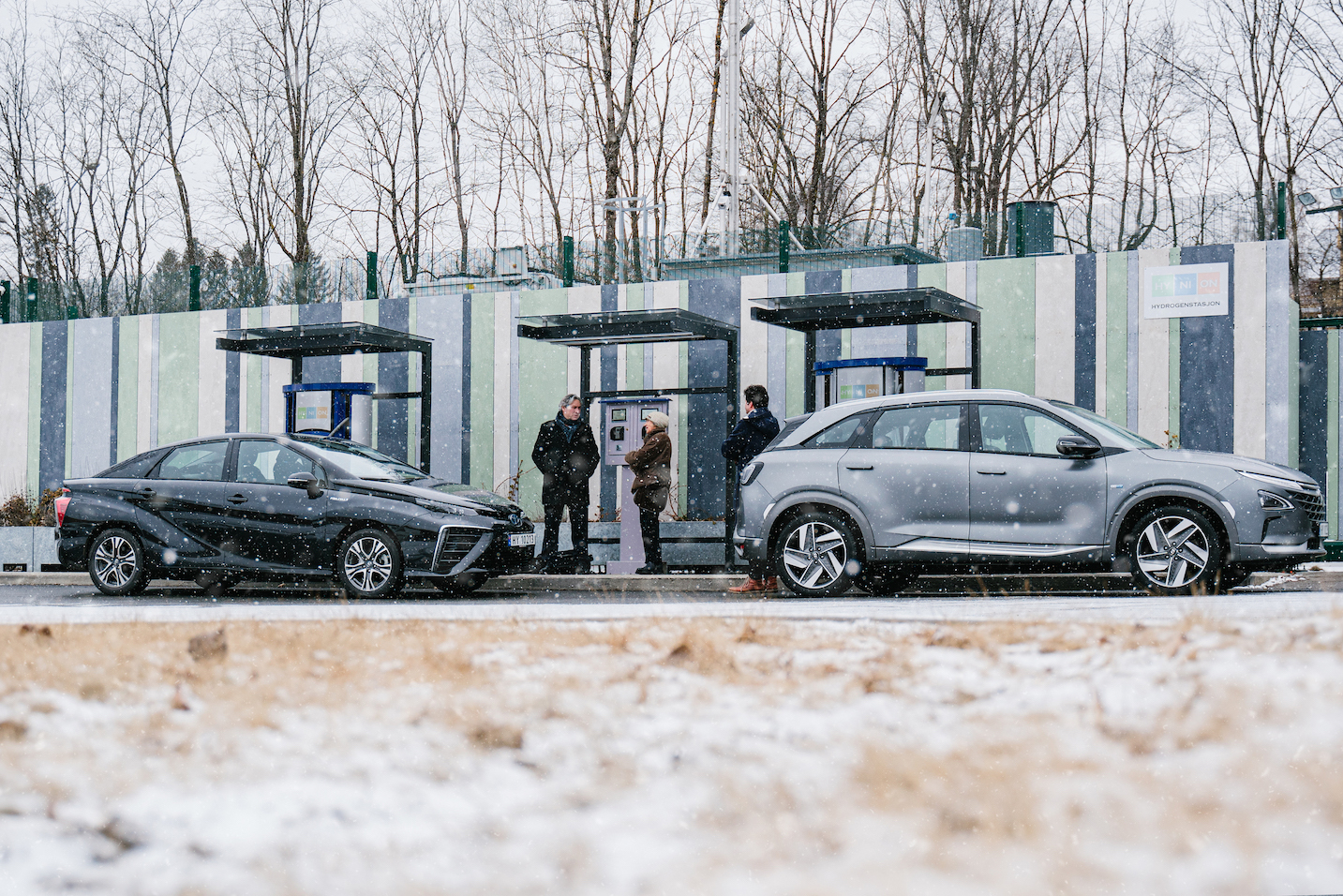 – The demand for hydrogen for the transport industry will increase rapidly in the coming years, says Hynion CEO Ulf Hafseld.

The hydrogen company Hynion is planning an IPO on the Euronext Growth marketplace on the Oslo Stock Exchange.

With the planned IPO, we lay the foundation for further growth and development of the company, enabling us to establish more hydrogen stations in and around Scandinavia's largest cities, says CEO Ulf Hafseld.

He reports great interest in hydrogen for the transport industry and points out that a number of major transport players will be rolling out 100 hydrogen trucks in Norway in the coming years.

Hafseld also says that Hynion is actively working to market hydrogen cars to companies and organizations that want to be part of the green shift. Taxi is a good example of an industry where hydrogen can play an important role.

– Hydrogen is definitely an interesting solution for us, says CEO of Norgestaxi, Dag Kibsgaard-Petersen.

Only 10 percent of Oslo taxis are emission-free – and this is primarily due to the charging time.

– Most cars go over several shifts, so leaving the car to charge for one hour is not a great option. And if the driver parks the car for the night, it is not always possible for them to charge where they live. Therefore, hydrogen is a good solution for us, where we can fill the tank as usual in two to three minutes and drive on, Kibsgaard-Petersen explains.

In addition, the range is as good as on diesel and petrol cars.

So far, access to hydrogen has been limited, with just one public hydrogen station, at Høvik in Bærum. The station belongs to Hynion and is Scandinavia's busiest hydrogen station. During the first half of this year, Hynion will open new hydrogen stations in Gothenburg and Porsgrunn. These will soon be followed by more, and during 2022 it is expected that the number of stations will be eight.

– We at Hynion will roll out 30 hydrogen stations in and around the largest cities in Northern Europe in the coming years. In Oslo, we have ambitious plans to enable commercial transport such as taxis and trucks can run on hydrogen without worrying about fuel access, says Hynion CEO Ulf Hafseld.

– We see that there is an increasing need for zero-emission solutions in the transport sector. This is especially true in commercial transport, where vehicles often have to drive long and far, and not much time can be set aside for charging, says Hafseld.

– In Norway, the investment in electric cars has been good for private transport. Still, to further reduce emissions from the transport sector, we must also develop zero-emission solutions for commercial transport. For that, hydrogen will play a key role, says Hafseld.

– Through its work to develop infrastructure for hydrogen, Hynion will contribute to opening up the market so that more and more people can use the zero-emission fuel hydrogen in their vehicles, says Hafseld.

Hynion is established by professionals who have 20 years of experience designing, building, and operating safe hydrogen stations. For more than 15 years, the technology has delivered excellent operational regularity and proved to be a safe technological solution.

Hynion and Greenlogix have signed an agreement to form a joint venture to commercialize a new...