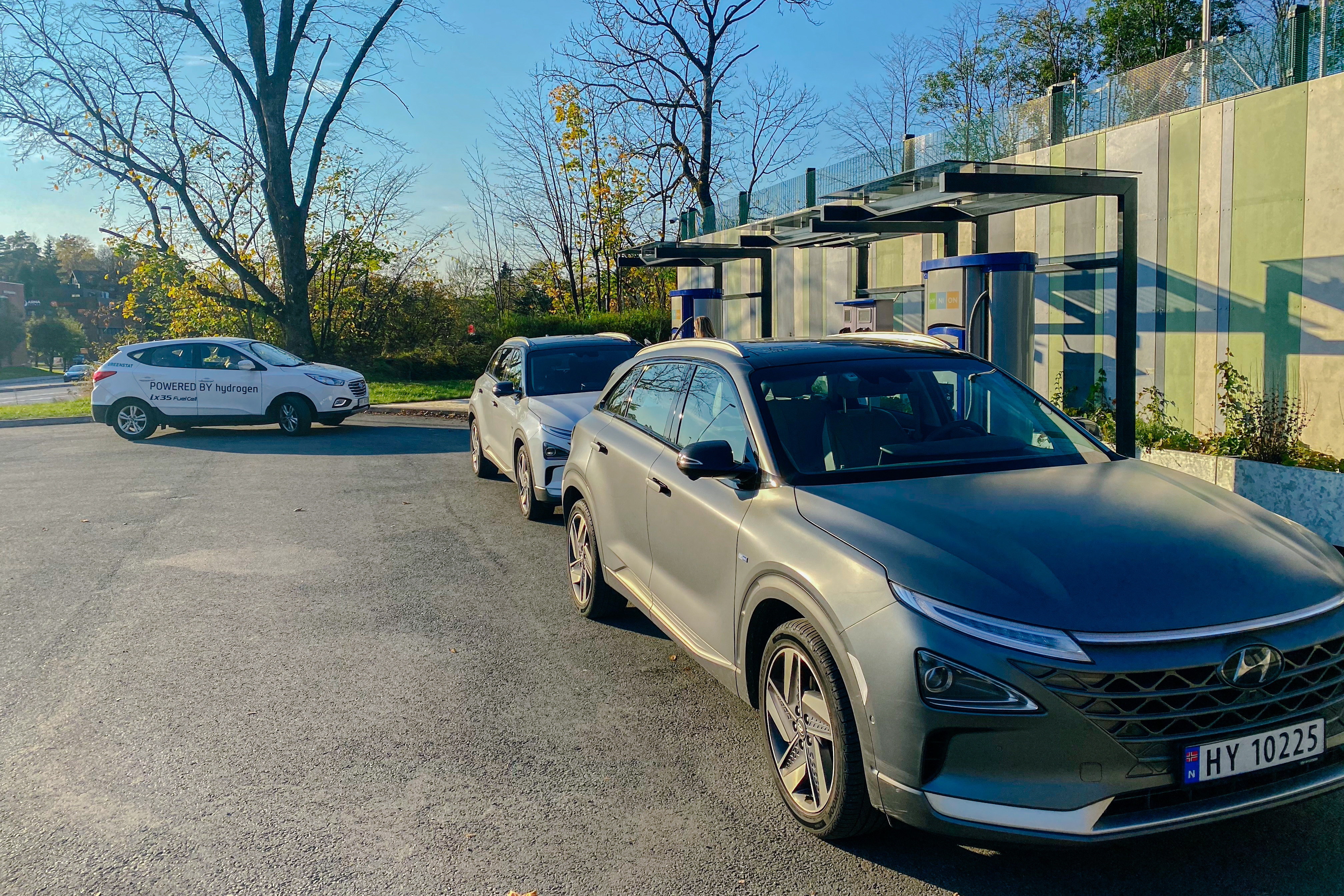 Hynion observes that more and more cars are coming to refuel at Høvik and that volumes are increasing. In October, the station set new records for the number of kg of hydrogen delivered in one day, one week and one month. We see from the registration statistics that many new cars have appeared on the roads and are finding their way to Hynion's hydrogen station at Høvik.

For many people, a hydrogen car can fit very well with their current driving pattern, and there is no need for any behavioural changes. To carry on with the driving as you are used to is easy - especially with the new models from Toyota and Hyundai that give you more than 600 km on a tank if you drive sensibly. Several taxis now run on hydrogen and report good flow in their shifts.

The station at Høvik, as it stands today, still has more to give before it must be upgraded. The biggest challenge nowadays is that customers sometimes come in "clumps", which makes it demanding to deliver a full tank to everyone who comes by.

Hynion had delivered on the goal that all hydrogen cars in the Oslo region from the autumn of 2019 should be rolling after standing still for several months when DSB in June ordered that all hydrogen stations had to be recertified. Operating a fleet of 100 cars with a station designed for six cars per day was a formidable task. The customers had to book a time slot for refuelling and also got reduced filling pressure. Although this was not optimal for the customers, they could use their cars. With the introduction of line two at Høvik in the autumn of 2020, Hynion has given back the customers the freedom to refuel whenever they want. Since the station now has two independent lines, Hynion has in the past year also delivered on the goal that customers always will get hydrogen when they come to the station.

Hynion has also introduced a hotline that helps new customers or those who experience refuelling problems. Our experience is that everyone who contacts Hynion drives away with a refuelled car.

The next goal will be to ensure that everyone gets an entirely filled-up tank when they come by. Høvik line one was designed to deliver 20 kg per day - enough for six cars. This capacity was more than enough when it was taken into operation at the Statoil station at Økern in 2009. With proper management, Hynion has managed to make it deliver more than twice its design capacity, but it is too small to be able to match further growth. Hynion, therefore, plans to install a new compressor and more storage tanks to increase capacity as we advance. Exactly when it is ready for use depends on delivery times from the suppliers, but the current two lines should still be able to keep up with the expected growth in the near future.

The customers we meet at Høvik are generally pleased with their cars and mostly miss only one thing: more stations. Hynion is working on this and will soon open its stations in Porsgrunn and Gothenburg. Due to considerable challenges in international logistics, significant parts have been severely delayed. Most of the parts are now in place, and both stations will, in the next few weeks, be filled with hydrogen and test refuelling will commence. Once this has been checked out, approval from the authorities will determine when the stations can be opened for regular refuelling.

Following that, Hynion plans to open more stations over the next few years so that hydrogen cars and hydrogen trucks can become real choices for zero-emission vehicles that suit your needs.