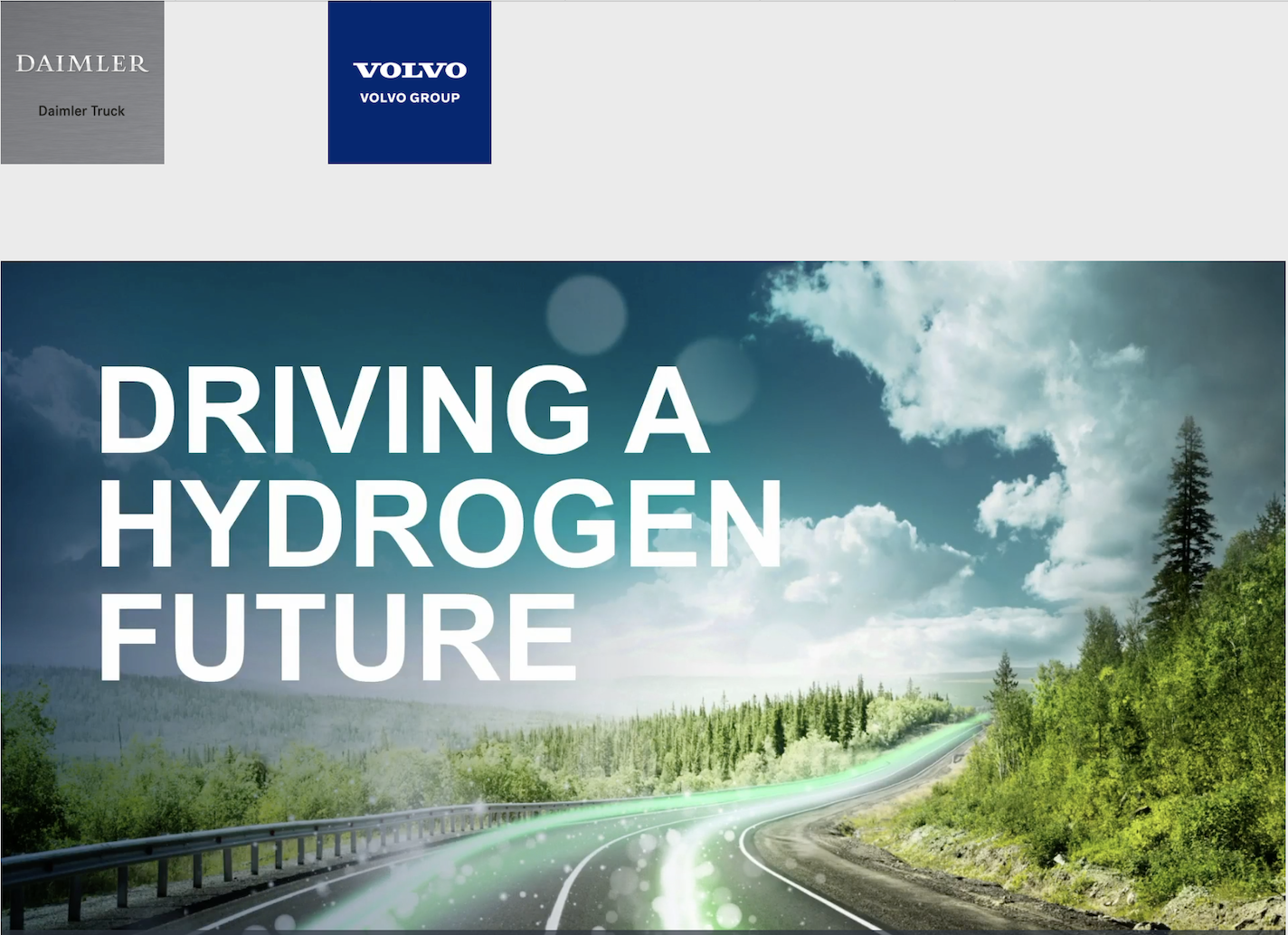 Last week brought two important pieces of news about the further development of hydrogen in the transport industry; Volvo and Daimler's collaboration on the development of heavier vehicles became more explicit, and four of the world's largest car manufacturers are urging the EU to support the development of infrastructure for the car segment.

The collaboration between Volvo Group and Daimler Trucks became known earlier this year and means that they will develop hydrogen technology through the partnership in Cellcentric, but that they will each market and sell their separate brands. Last week there presentation of the collaboration. The CEOs of both companies were clear that by 2040 they will only deliver emission-free trucks on the global market. In Europe, the development will come earlier. The two players plan to build a giga-factory for large-scale production of fuel cells in Europe in 2025. Hydrogen is an important piece for the transport industry to be able to convert to emission-free transport, only batteries and charging will not work when all transport is converted to zero emissions stated CEO of Daimler trucks, and stated that hydrogen also has the advantage that the more we use it, the cheaper it will become.

In a letter to the EU Commission, car manufacturers Toyota, BMW, Hyundai and Stellantis call on the EU to continue supporting the development of a network of stations for 700 bar vehicles. The car manufacturers are clear that hydrogen cars are complementary to battery cars. For short to medium distances and light to medium loads, battery vehicles are most efficient. For longer range, frequent journeys and cars that carries heavier loads, hydrogen-based electric vehicles are becoming increasingly advantageous (e.g. large passenger cars, SUVs, pickup trucks and light commercial vehicles/vans, heavy trucks). Since the same hydrogen systems can be used in both passenger cars and heavier vehicles, the use of hydrogen technology in the passenger car segment will faster lead to increased volumes and thus reduced costs for all users of fuel cells and hydrogen technology. The establishment of the hydrogen infrastructure that can serve both heavier and lighter vehicles can provide significant synergies, and car manufacturers urge the EU to continue and support this work.