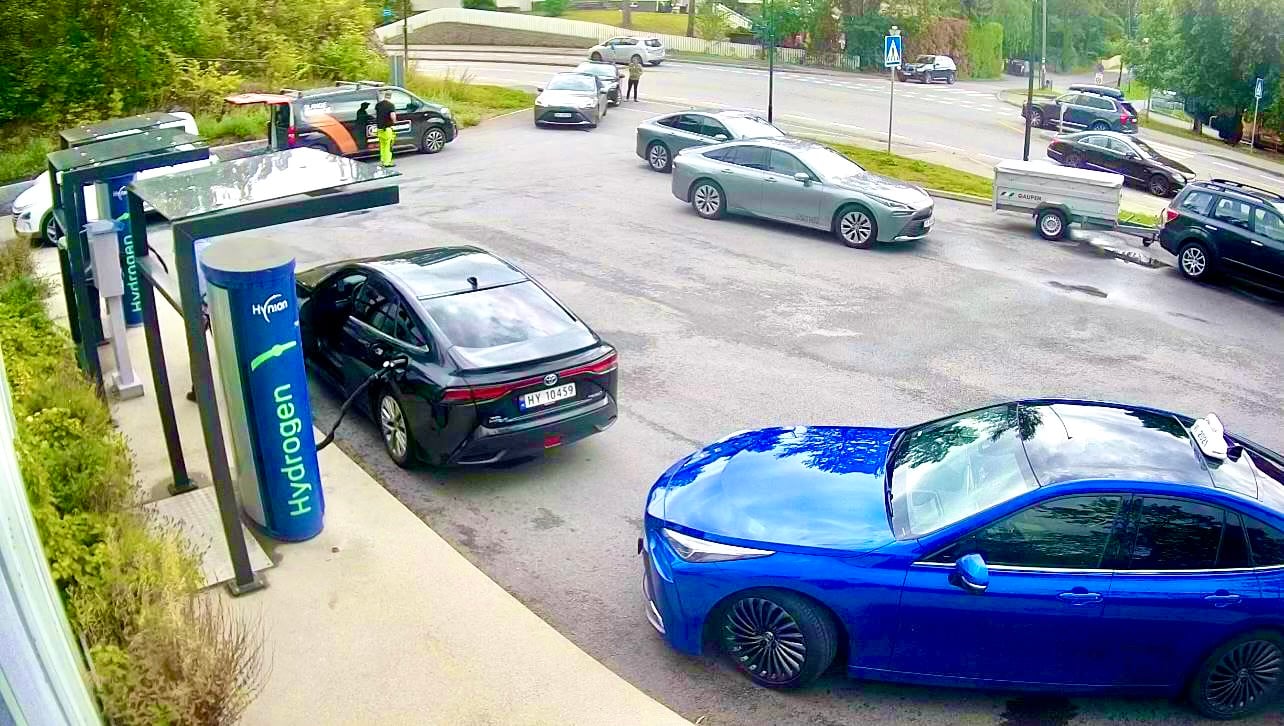 Our hydrogen station at Høvik has just completed its busiest month ever. The sales of hydrogen fuel for private cars and taxis have more than doubled since the turn of the year. The increased demand for hydrogen has even created queues for filling up hydrogen cars. Last week, Hynion significantly improved the fuelling station's capacity by installing a new and powerful compressor. Refuelling takes place in a few minutes, and the volumes delivered from the station are three times higher than last year.

The substantial improvement in capacity helps an ever-increasing taxi fleet to improve the flow in fuelling and driving, says Ulf Hafseld, CEO of Hynion AS. The number of stations in the region is few, and the customers must be able to fill up their cars with hydrogen around the clock. Høvik station meets the increased demand by offering two separate filling lines of high capacity. The new compressor ensures uptime close to 100%, emphasises Hafseld.

In addition, the supply of hydrogen comes in daily. However, we see a need to further secure hydrogen deliveries, Ulf Hafseld pinpoints. Therefore, we will install an electrolyser at the station to produce hydrogen locally. This ensures two different supply sources and paves the way for a further expansion of hydrogen taxi fleets.

Hydrogen production from electricity and water is a scalable technology that makes the need for large central plants redundant. When produced locally at smaller plants, the hydrogen can be delivered when needed. The plants can operate when the power grid is less loaded, thus utilising the grid efficiently. Hynion in partnership with PDC Machines